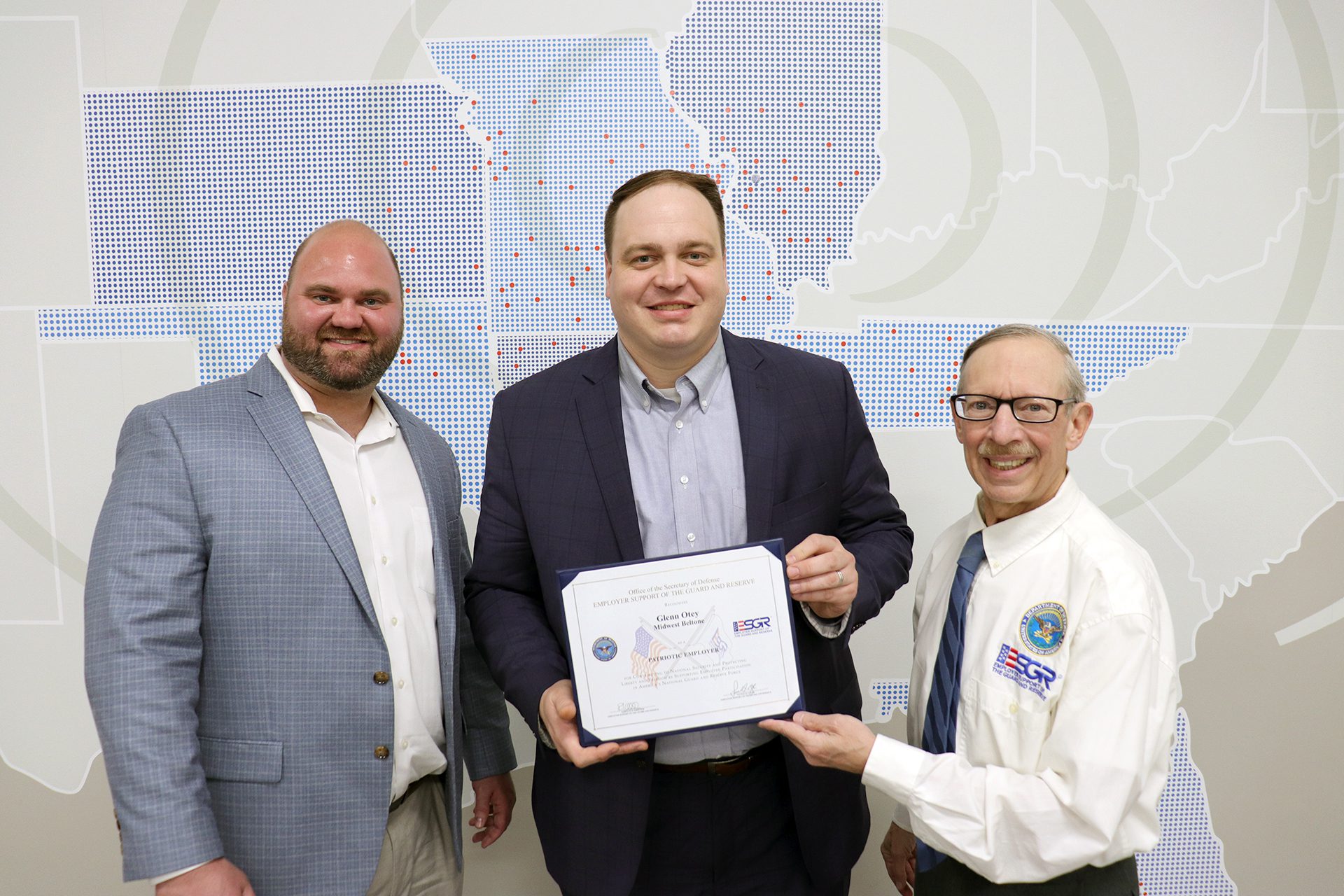 The Patriot Award is an honorable award to an employer who not only supports our military and its members, but also supports employees who actively serve. Recipients are willing to work with the military and put the country and community first. Horine nominated his employer, Otey, and said, “He [Glenn Otey] got people to help cover my office a few days here and there, I still got a partial commission, and I still received my draw against commission.” Only one Patriot Award is given after any kind of deployment. This deployment consisted of an entire battalion (around 1,200 soldiers), who all were eligible to nominate their employer for the award.

The Employer Support of The Guard and Reserve (ESGR), a program of The Department of Defense, awarded one of Midwest Beltone’s own with the Patriot Award. ESGR helps to support members of the military reserve components (national guard, marine reserves, army reserves, air national guard, air force reserves, navy reserves), when members are called to duty on deployments both overseas and stateside. Because people who serve in the reserves also have regular day jobs and careers outside of the military, this organization exists to promote cooperation and understanding towards its members, because often members are given little notice of deployment, which means employers are given little time to plan for an employee being forced to miss work.

Congratulations to Glenn for his act of noble leadership, and thank you to Drew for your service to Midwest Beltone and this country.